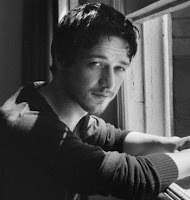 I am feeling so loved right now. I am married to a *gulp* Redskins fan, but more importantly, a crazy football dude.

I mean crazy in a nice way, of course.

I know the pull of the roar of the crowd, the joy it brings you.

We'll try to make your sacrifice well worth it. ;)

Your love is real.

go cowboys! why are they playing again? andohbytheway, i have such news on the NFL/katydidnot front, in an upcoming post. you'll be stunned. shocked. mesmerized. i swear. just wait. did they win?

Thank you for the support, super friends. Alas, my boys did not win this last game. But I did, however, find true love with Mr. McAvoy for two hours and eighteen minutes.

(I'm doin' a dance for the 'Skins win... but I'm making it a sexy dance in case James is watching... because sometimes I like to pretend that he looks in my windows.)