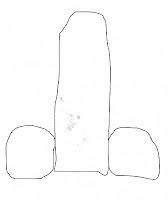 I'm exhausted, just reading about it. Those kids - and I mean it lovingly - can serve up some snark.

Little do they know, their snark is no match for your wit. Fools.

Hope your weekend is off to a good start.

so. ya know. you're clearly the. best. teacher. ever.

can you teach my children via IM?

You really do have the patience of a saint.

either the patience of a saint or the common sense of a rock. sometimes this teaching gig can be so gratifying. then other times (like most times) one might wonder why one did not choose a more lucrative and less hormone-filled profession. like a walmart greeter.

And I love the picture of the perfect school. I think I could learn a lot there.

Making teenagers appreciate you? That totally deserves a medal!

I think I have been to that school.

Great post. Teachers should be the most appreciated, and I think they are, even if their students aren't so good about showing it!

That school is bigger than my school :(

i think teachers are superheroes!