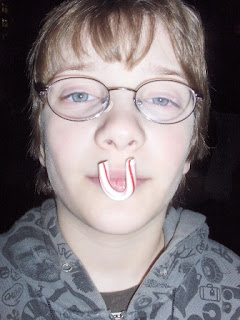 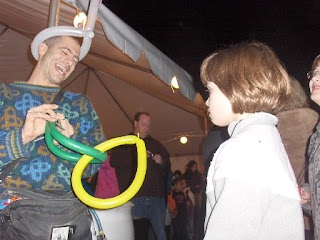 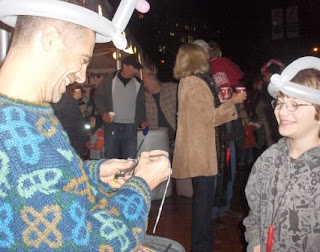 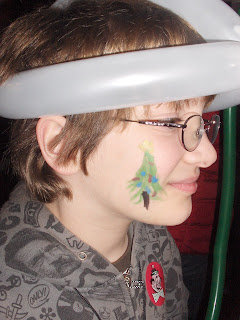 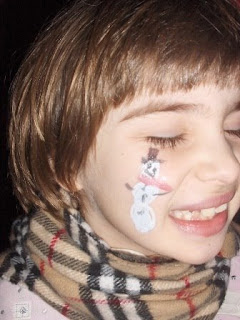 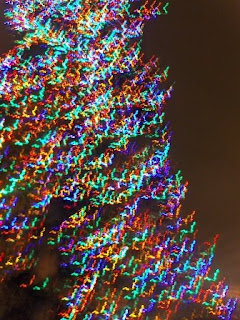 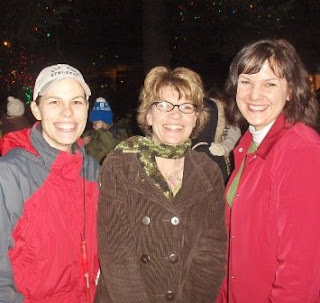 a) I'm either blinded by said tree or
b) I'm way too happy in this shot, making my eyes wiggly.

Not that I'M complaining. :)

Glad he survived the utter silliness of it all. It still feels good to gather, to start the holiday.

We did this last year and it was unbearably cold out. UNBEARABLY. I could not bribe anyone in my family to go this year even though the weather was mild and lovely. So I went to see Australia with girlfriends instead while the menfolk played poker. Such is life. Glad you had fun! And beware of Future Teenager. It happens when you're not looking and leaves you going WTF happened to my baby?

Not your average Joe is the best balloon guy ever. hands down.

Drama from me? Uh, yeah, Mrs. Drama ;) (Stephanie is reading over my shoulder sticking out her tongue at me, 'nuff said?)

That boy can find the downside of anything. The thing that kills me is he always has fun. He just has to piss and moan first.

As a fellow pisser and moaner for sport and effect, not for reals, I can sort of relate to your son. It's like I'm a creamy nougat center surrounded by dark chocolate. (Or something)

Seeing your son's Christmas tree face and gorgeous smile in spite of himself, I can tell he's all sunshine and roses on the inside. And THAT's where it counts!

Also, when do we get Girl's Night Out details?????

I live with one of those too--though he insists he's very happy when WE're not around.