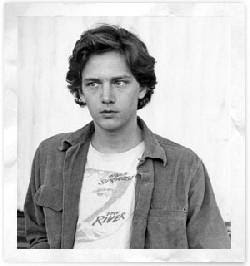 I so wanted to go to detention after seeing tha movie. And the Squeeze reference was a blast from the past...still love black coffee in bed.

I used to covet Elisabeth Shue, at the beginning of Adventures in Babysitting, dancing around in her black and white skirt. I wanted to be her...

This time of year is crazy - it makes me want to hide sometimes. I'm looking forward to the beach soon...pretend I have no responsibilities.

i *knew* that i was going marry judd nelson from breakfast club. or anthony michael hall. i can still feel my own teenage angst when i hear omd. i love that "delusions" is one of the labels on this post.

I have chills! I LOVED DUCKY! And one of the first DVD's my husband and I bought was Breakfast Club, cuz yeah... we're 80's geeks too.