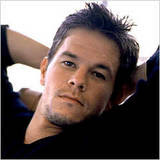 I am consistent though. I could go temporarily insane for a week once a month...

Look Stephanie! Here's your chance to break out all crazy-like: http://www.cwtv.com/shows/pussycat-dolls