and it was good. 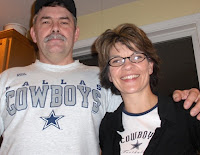 Girl & Dad bonding. It doesn't matter if the game was a blow-out.
It matters that the Cowboys won. We may now carry on with the festivities. 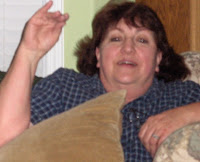 I don't know what my mom
thinks this hand gesture means.
I just hope she doesn't do it to the wrong people... 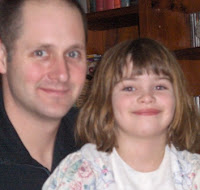 My daughter and her prized 10 cent
"Little House on the Prairie"dress
from the thrift store. (Stu's shirt also
quite a bargain in Singapore, but he
doesn't beg to wear it every single day...). 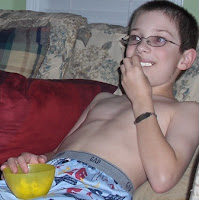 Must...watch...movie. It was a
long day for this social butterfly.
(New buzz cut courtesy of dad,
who refused to honor the original
request for a mullet). 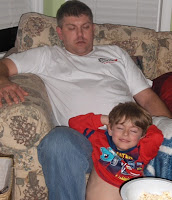 My cousin Jay and his son
Caleb, also on the verge of
worn-outness. 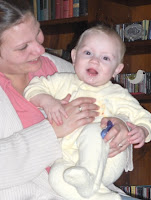 Jay's wife Melissa with adorable Elijah.
Remarkably, she didn't seem nearly
as tired even though she did most of the
chasing and feeding and wiping and...
Now I'm exhausted. 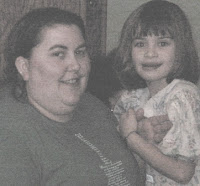 My sis, Shel, and her mini-me.
(Mason took this pic with his finger
over the flash so I had to perform
some photographic surgery - Michelle
is like the elusive Loch Ness Monster and is
very difficult to photograph; you have
to take what you get).
posted by stephanie at 9:08 AM