Because apparently I cannot leave my home without having adventures of some sort, here is a brief recap of our trip to San Francisco [so far, she says with trepidation]:

A group of 40+ teenagers from the east coast were on our plane as part of their west coast tour. Three goofy yet charming representatives sat in front of Jen & I. Chandler, Ross & Joey (names changed to protect the innocent; and because we did not want to know their real names) were excited to chat it up with women their moms' age. Joey asked where we were going (thus he was dubbed Joey...). Same place you are, sweetie. Oh. Right. So where are you from? Vancouver, just across the river. Hey! We were just there the other day! Chandler & Ross immediately reminded him that they were in Canada, not Washington. Washington? What do you mean?

I grew weary very quickly, as I was not getting paid to deal with these particular teenagers. God bless Flight Attendant #4 (he didn't have a name tag, but #4 sounds so much more mysterious anyway) and the beautiful always-smiling Erika - they comped me a generous pour of Chardonnay. 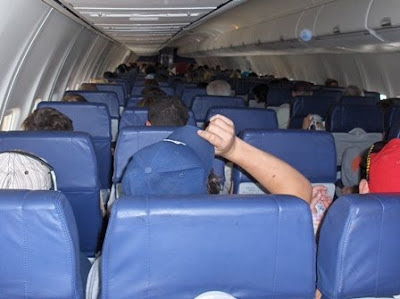 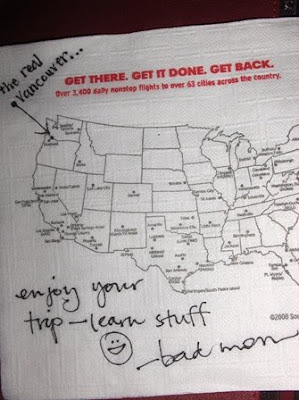 I gave this to Joey on the way off the plane. 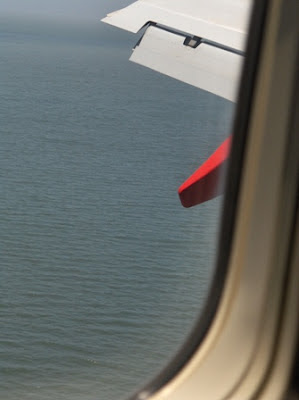 Um, what was that stuff about a water landing? 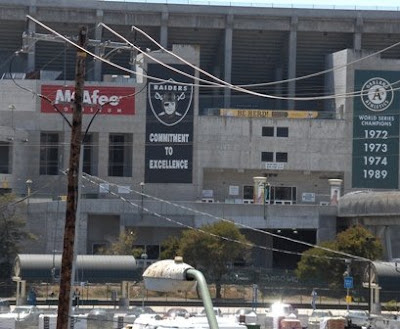 Ah, Oakland.
Commitment to Excellence? Dudes, your mascot has ONE EYE. 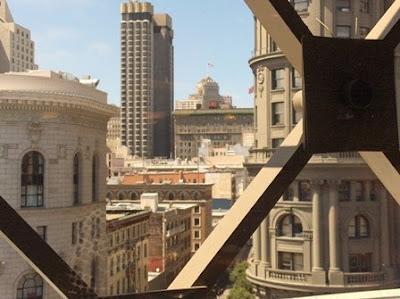 Lunch at the Nordstrom cafe.
Bliss on a plate.

The sweet octogenarian at the Oakland airport information booth erroneously told us that we could take any of the BART trains going to San Francisco. We got on the one that did not actually cross the bay. Luckily (no thanks to the surly-voiced driver announcing the stops quickly and without proper enunciation), we realized the mistake quickly (wondering if the family I advised to get on the train also figured it out; oops - but as a general rule, don't trust other tourists about train schedules).

But all ended well as we exited BART in a mall on Market Street, dropped our bags with the Nordstrom concierge, partook of a delectable goat cheese tart and salad with candied pecans, found cute new shirts, then walked up to our glorious hotel looking a little like well-dressed vagabonds with our rolling suitcases and shopping bags.
I have yet to accost or be accosted by other bloggers. Let me go get a couple of drinks at one of the three parties starting in two minutes and we'll see how things go. I just hope I don't run into any of those teenagers out on the town.
posted by stephanie at 7:23 PM

Oh I hope you have a fabulous time tonight...

"Commitment to Excellence? Dudes, your mascot has ONE EYE."

this is one of the reasons I love you.

Hope it is grand! Great pics! (except that one of the water out of the plane...jeepers..)

Stay away from the jail bait, I mean boys. No security guards either.

When the Raiders left Los Angeles? Dead to me.

Also? What perfume/soap/potion do you wear that attracts the youngins? I must know this.

Hmm, if there is going to be a lot of Raider bashing, I'm not sure I can read you anymore... But I'm SO jealous! Have an awesome time.

@Tootsie- C'mon, there's plenty of room in the Nation!