from my effing perfect family to yours

Dear Blog Friends & Family,
Feel free to immediately click away from this page if the past year's hijinks of my ideal life offend or otherwise incense your passive/aggressive manic depressive sensibilities. 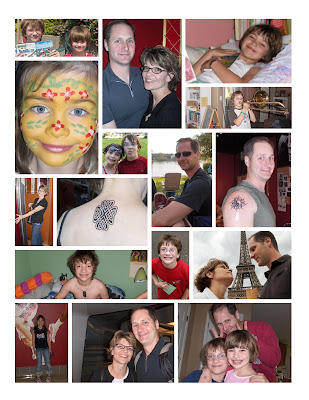 Wishing you happy holidays & a delightful 2009.

Now to send out the hard copy of this, instead of letting it languish in a Christmas bag behind my couch for a year. Not that I've ever done anything that pathetic before.

posted by stephanie at 8:34 AM