wired (and not bitter) 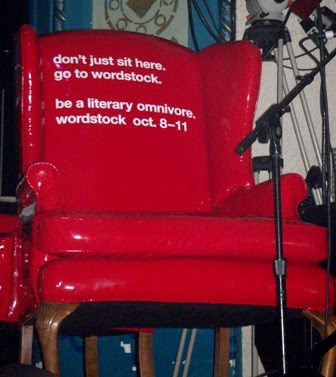 Yes, more terminal nerdom for me
You know you want to visit & go there. 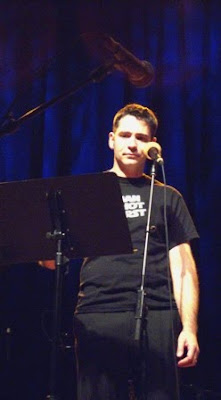 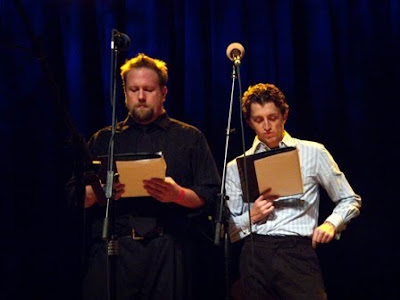 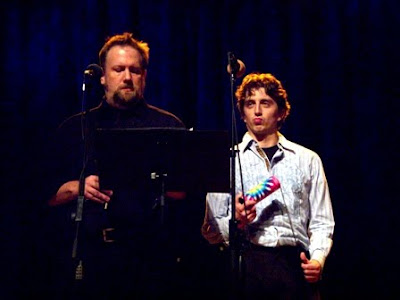 Another sexy shot just for Holly and me 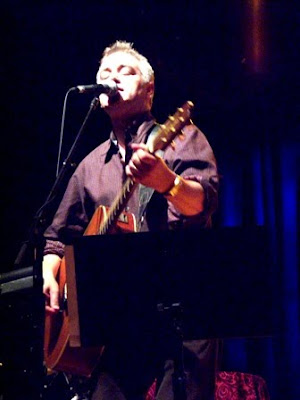 British hottie who speaks & sings like a dream
...a naughty, naughty dream 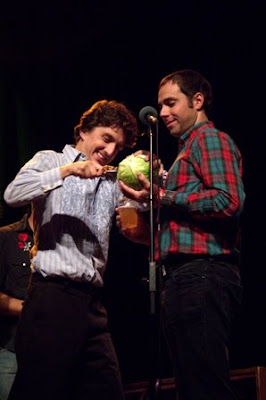 Stabbing a cabbage; it's what edgy Portlanders do
(this was not about me at all)
The plaid cutie is genius poet, Derrick Brown
(He signed my poster! I love him 2nd best)
______________________________________
There was no Audience Haiku for me to lose tonight. I did, however, lose the Character Creation contest, to which I say F*CK.
Here is my submission so you may praise my effort and appreciate the immense thought I put into it:
Frances Theodora Dalloway, who is a florist / mental health counselor
I thought I was pretty effing brilliant in giving her the initials FTD (HA) and the last name Dalloway, which was a Virginia Woolf character who kept mentioning she had to pick up flowers for her party (thus florist) and as Ms. Woolf was mentally unstable, the character's secondary job is also supposed to be drolly amusing.
Clearly I am far too cerebral for this crowd. Whatever. I will not stoop to pandering. Until my secret boyfriend invites me out for drinks after the show.
posted by stephanie at 11:59 PM